Skip to content
← Back to login
Thank you for stopping by! I'm doing some tinkering, so if links are broken or you can't find something, sorry about the mess! Dismiss 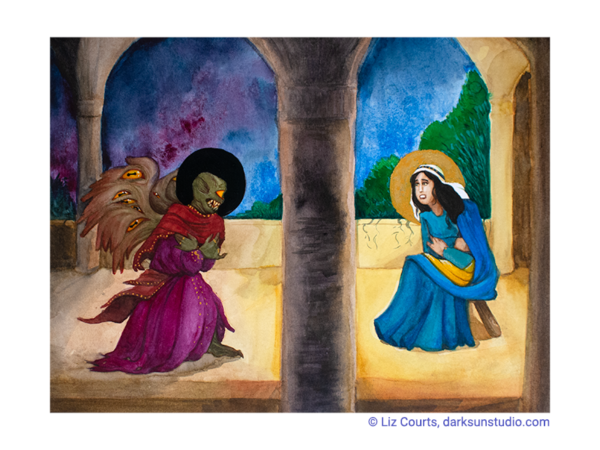 The arrival of an angel to tell Mary of her destined role is a common topic among Christian artwork, and for Annunciation, I drew upon Fra Angelico’s The Annunciation for the scene and poses of the figures. This version does not portray a heavenly angel, but some other unknown creature whose message is unclear. Both figures are given halos to indicate their importance. The left side of the painting is darker, while the right is illuminated by the seated figure. Despite the horrific appearance of the messenger, it is bowing in deference to “Mary”, whose arms are attempting to protect her torso from any threat.